July 23 (NBD) -- "Cities should provide a connection between creativity and local features, which gives us a strong foundation for that unique creative spirit to blossom," remarked Meghan Wells, Cultural Arts Division Manager at City of Austin Economic Development Department, in an interview with National Business Daily (NBD) on the sidelines of the 2019 World Cultural Capitals Tianfu Symposium on Tuesday.

"And in turn, creativity helps shape a city's unique identity, " she stressed. 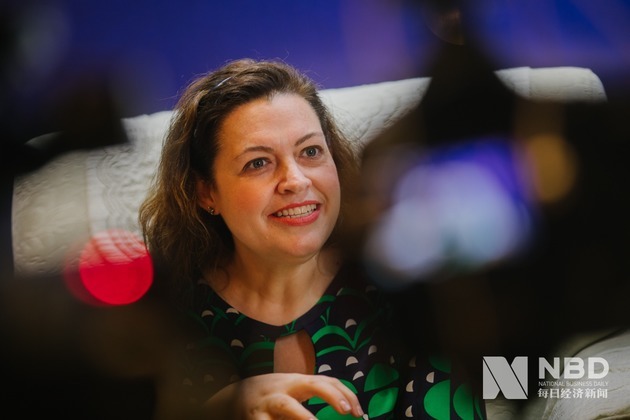 Themed with Cultural Development and Urban Opportunities, the three-day forum, which kicked off in Chengdu, southwest China's Sichuan province on Monday, welcomed representatives from 42 countries to share insights on the development of cultural capitals.

Austin, state capital of Texas of the United States, where Wells comes from, has been the only American city to be named by the United Nations Educational, Scientific and Cultural Organization (UNESCO) as a creative city under the media arts category.

When asked about what makes Austin stand out from its American counterparts on this count, Wells said it should be accredited to Austin's expertise in building creativity upon the city's positioning.

It's noticed that Austin has been nicknamed "Silicon Hills" due to the cluster of technology startups in the 1990s. As the tech epicenter of Texas, the city has made "high-tech" one of its unique characteristics.

Through forging connections between creativity and other elements in the city such as technology, science and culture, a city could better showcase what is produced in it, Wells commented.

Christina Hedin, representative of the UNESCO Creative City Network, echoed the view, saying creativity calls for an open mind and sharing of ideas from different domains.

Wells also deemed creativity as a way to shape a city's identity by taking Austin for example. "Austin has now been known for a city which boasts artists and innovative folks and thus for a breeding ground for more creativity," Wells explained. "It has absolutely become the hallmark of our city."

Integration between creativity and business crucial

The creative industry benefits people from the way of life, and influences people in a financial standpoint as well for the job opportunities it creates and the tax revenue impacts it brings, Wells said.

Therefore it would be significant for a city to bridge creativity with business. "In Austin, We have done a lot to combine the two sectors, for example, providing financial incentives and regulatory assistance for creative start-ups to start their businesses and for their businesses to thrive, both at the level of the city of Austin and the state of Texas," Wells told NBD.

Connection between different businesses is also crucial in the creative industry. "In Austin, if those companies have similar financial goals or the same needs in import and export, we try to create pathways for them to link with each other," Wells noted. In her words, that is what they call the "soft landing" of businesses.

To foster a more favorable environment for the so-called "soft landing", Wells held that sustainable urban infrastructure is on top of the agenda to provide an ecosystem where housing rents are affordable, for instance, for creative businesses to survive and move forward.

"Taking the arts segment for example, it needs an audience or client base to sustain and patronage as well to reach both local communities and those outside of the region," Wells concluded.